MAVERICKS OF THE SKY: The First Daring Pilots of the U.S. Air Mail

Mavericks of the Sky brings to life a forgotten chapter in American history, revealing the lives and struggles of the daredevil pilots who pioneered a network of sky routes across the continent, and in the process proved once and for all that the airplane was an invention of enduring value. Co-authors Barry Rosenberg and Catherine Macaulay have brilliantly combined the romance and danger of the dawn of flight in a dramatic story that captures the courage and daring of the near-mythic men and women who put the world’s first regularly scheduled airmail service on the map. The story begins in l918 with the first tentative flights between New York City and Washington, D.C., and ends in 1921 with a desperate against-all-odds transcontinental flight on which the future of airmail hinged.

In an hour-long segment on C-SPAN 2's Book TV, Catherine Macaulay discusses Mavericks of the Sky at Book Soup in North Hollywood. 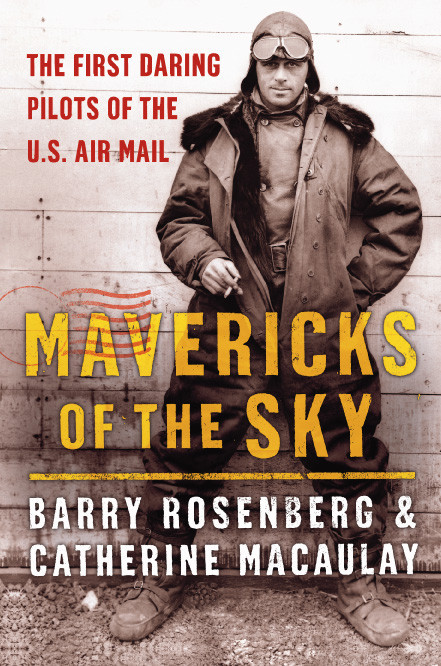 Mavericks of the Sky draws on exhaustive research of new archival material to bring forward this unforgettable story of adventure, heroism and suspense set against the threshold of the Jazz Age. It was a dangerous time for mail pilots; fully one-quarter of the pilots died while trying to push the limits of flight to the extreme. Yet, still they signed on in droves—these ex-barnstormers, racecar drivers and WWI flying aces who willingly risked their lives in order to continue their obsession with flying.

Nicknamed “The Suicide Club,” the men of the U.S. Air Mail Service were an amalgam of brazen, headstrong aviators bent on defying the odds. Climbing into their flimsy wood and cloth-covered biplanes they moved the mail through torrential rain and blinding snowstorms, relying on their wits and instincts to keep them out of trouble.

They were constantly driven by tough-talking Second Assistant Postmaster General Otto Praeger—a gritty newspaperman who along with his boss Albert Burleson, the tenacious postmaster general in the cabinet of President Woodrow Wilson, held a common faith in the future of aviation.

Despite the deaths, the public skepticism and the contempt in which Congress held airmail, Praeger and Burleson refused to give up. Day after day, they held to the same impossible conviction—that airmail could be reliable and eventually far superior to rail service. To prove their point, mail pilots were ordered to maintain strict timetables through the cruelest of weather conditions, creating a bitter clash of wills between postal officials and the group-proud pilots who chafed under their vice-like dictums and policies.

Yet together, this battling group of visionaries left behind an undeniable legacy, both to modern aviation and to the world. Just three years after the first inaugural flight, the U.S. Post Office Department succeeded in expanding airmail westward, ultimately connecting the entire county by air, from New York to San Francisco, establishing the first reliable application of powered flight for civilian use.

Rosenberg and Macaulay unfold the lives and exploits of these unlikely American heroes in a narrative that is as irresistibly fascinating as its subject—revealing the underpinnings of the American pioneer spirit. 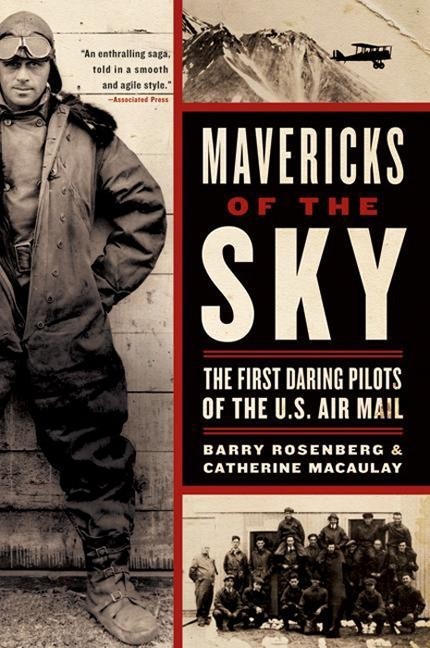